How to Move from being QA to SDET?

“Quality is Never an Accident; it is Always the Result of Intelligent Effort” - John Ruskin

Opportunities for growth, possibilities for diversification, circumstances for improvement and so on, are important considerations within any job position. Moreover, improvement in one’s professional designation has the dual advantage of not only increasing one’s employability, but also helps in attracting better monetary compensation and packages.

The story of a switch from the position of a Quality Assurance (QA) tester to that of a Software Development Engineer in Test (SDET), is much reflective of this shift. Furthermore, it has also evolved as an industrial necessity with gradual changes in the pattern of software development life cycle.

In this blog, we will look at the way in which you can think of initiating a shift from being a Quality Assurance Engineer to a SDET. This switch is not simply in terms of acquiring new skills and undertaking new responsibilities; however, it is also a mental shift in terms of wisely responding to the demands of the new position.

Who is a QA Tester?‍

Why do people want to shift from the position of QA to SDET?‍

A Software Development Engineer in Test can be seen as someone who happens to be positioned in between a developer and a tester as he possesses skills which help them contribute to the development as well as the testing processes of a software release.

SDETs work as IT professionals who are involved in the project right from the point of the planning stage and they help in conducting automated testing as part of software testing. They not only participate as a member of the development team in writing test scripts, but SDETs also have testing skills, help in fixing bugs as part of the process.

SDETs are considered to be assets for organizations. In order to make full sense of this job role, do read our blog on "SDET Meaning: The Future of Software Testing".‍

Who is a QA Tester?

A QA Tester can be regarded as a specialised professional who primarily aims at improving the process of software development by way of identifying faults and errors in a product and helping prevent those defects from occurring again.

They are responsible for ensuring the compliance of the product with the requirements, for evaluating risks, for thinking of ways for improving the quality of the product, for executing tests as well as for analysing the results of the test.

Before we seek to understand the transition process which might help you in moving from the position of a QA to an SDET, it is important to understand the key difference between the two positions. Do read our blog on "SDET vs. QA: Digging into the Domain of Software Testing"

Why do people want to shift from the position of QA to SDET?

A shift from the position of a QA tester to that of a SDET can be borne out of sheer ambition for growth and expansion. A person who happens to possess the skills of testing as well as coding skills can in a way be regarded as having the best of both the worlds. However, apart from being a personal aspiration, the shift is also propelled in response to the gradual changes in the software development life cycle.

The emergence of the iterative development model in the form of agile development has been a crucial instance. Under the aegis of this model, the testing team was compelled to move to multiple smaller releases, in opposition to fewer longer ones. This model brought forth the requirement of testing the entire system within short periods of time and the need for quicker sign-off and functional testing.

This helped in re-defining the role of QA test engineer and marked the shift towards Quality Engineering, which became all the more pronounced with the emergence of the services based architectural model.

Compartmentalisation of functionality resulted in the shrinkage of teams into smaller units and the movement of testing upstream in terms of component and unit. This entailed the need for QA Engineer to get involved in the development lifecycle, quite early in the process.

This necessitated the need for emphasising upon quality as an important aspect of the entire development process and not simply a concern in the testing phase. Thus, the role of a software developer came to be increasingly redefined as they began to be required for identifying the scope of tests, for building test infrastructure, for defining quality criteria, for evaluating risks as well as planning mitigation strategies.

The necessities only helped in defining the role and increasing the importance of a Software Development Engineer in Test.

As the demand for Software Test Engineer increased in the market, new reasons came to the fore which began persuading QA personnel to aspire for a shift to a position of a SDET. This included opportunities for growth in the form of better work, better monetary packages as well as greater ownership of the product.

Thus, it is quite evident that QA personnel often aspire for switching over to the position of a SDET.

A Rough Roadmap: QA to SDET

This is by no means a generalized suggestion and experience of each individual is certainly different; however, they are definitely valuable recommendations which you should keep in mind as you weigh the pros and cons of such a decision.

This is important because the longer you take to make the first move, more difficult will it become to let go off your credentials as a tester.

While this might be because of a number of reasons, it is also a result of how others perceive of you. You might have had exceptional manual testing skills and have had build your reputation as an outstanding manual tester. It is usually said that it is a tad bit easier to undertake the transition in a new place than it is, to move within the same company.

The duration of your designation in a particular job position is often significant in shaping the perception of others. By tendency, the forces around you tend to limit you to your comfort zone in the first instance. Hence, it is important for you to develop a clear program of action and consequently act on it as soon as possible.

There is no limit to learning and as someone who is looking to take up the role of as skilful a resource as an SDET, it will be indispensable for you to continuously try and upgrade yourself in terms of skills and competencies.

In order to bring about this shift, you will need to involve yourself more and more on the software development side of the firm. This would require you to develop programming skills by undertaking programming tasks and indulging in coding activities.

You can begin with acquiring skills like domain knowledge of coding including efficiency in developing high performance code, new programming languages, low-level designing skills, knowledge of data structures and algorithms and so on. Thus, you should learn to code as well as practice online coding; acquire competency in Object Oriented Programming (OOP) as well as learn DSA Foundations.

While the transition process does entail the need to have considerable patience and perseverance at the individual level; it is always advisable to work under the tutelage of a mentor, someone whom one can trust and is comfortable working with.

Acquiring new skill set and knowledge, can at first seem to be quite frightening and daunting. However, under the guidance of an able mentor, one is definitely able to operate more skilfully in terms of opting for the right course of action.

Mentors can play a crucial role in advising you on the appropriate areas which you should relevantly focus upon, instead of getting overwhelmed by the demands of the SDET field.

Good projects can act like added stars to your SDET resume. They help build your competitive edge as they help demonstrate your personal practical skills.

You should essentially go for projects which will not only help in acquiring additional knowledge, but will also help your resume to stand out. In the course of this transition, you need to create your own opportunities.

You should be willing to expend extra hours, outside your usual chores in executing smaller projects as well as considering a major one. Mobile development or full stack web development can be just some of those choices.

As much as your pay attention to acquiring new skills and improving your knowledge; it is equally important that you expand your contacts and skilfully build your resume, all along.

The transition process is definitely not a cake walk and sometimes, it becomes extremely difficult for individuals to move from the testing to the software development domain within the same company.

The decision to switch over from the position of a QA to that of a Software Engineer can feel overwhelming at times, especially when people around you happen to turn sceptical of your ambitions. However, it is important to remember that it is your journey and your journey alone. It is just a matter of time that you would be able to prove your credentials as a SDET.

While the task is certainly not impossible, it does require considerable commitment and determination. You have to break free from your comfort zone and venture into the unknown. You have to create opportunities and expend your energy in undertaking bridge jobs which would place you in between the two roles.

Test Automation is one such great bridge. Indulging in automation testing activities, including building robust test automation framework and opting for the right test tools, can provide you with programming experience in real time. Thus, it is important to invest your efforts in the right direction and be always on the lookout for the right kind of opportunities.

SDET is definitely one of the fastest growing domains within the tech industry. As you aspire to embark upon a SDET career path; online bootcamps can be of huge help to you. With end-to-end assistance and comprehensive guidance, SDET courses can help you undertake the transition process with ease.

We, at Syntax Technologies, offer you such an opportunity. Read more about our SDET Automation Course here: 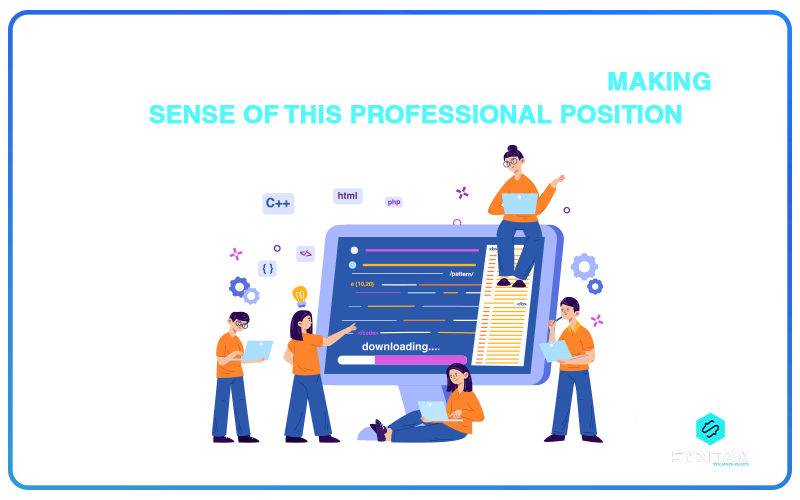 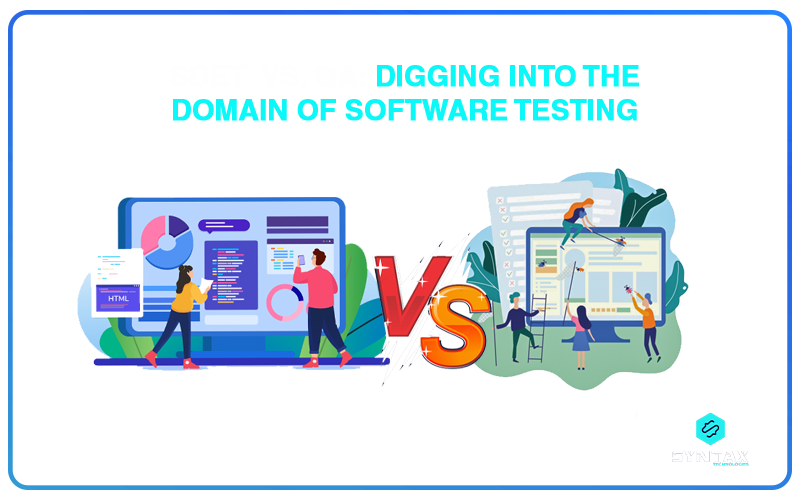 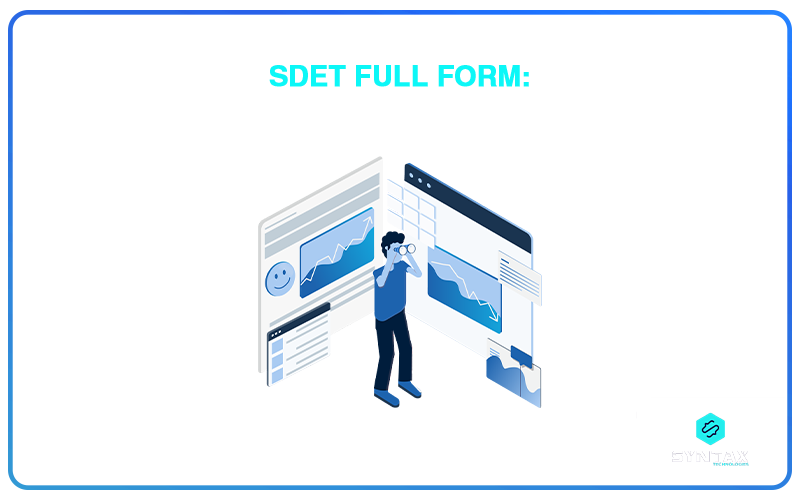 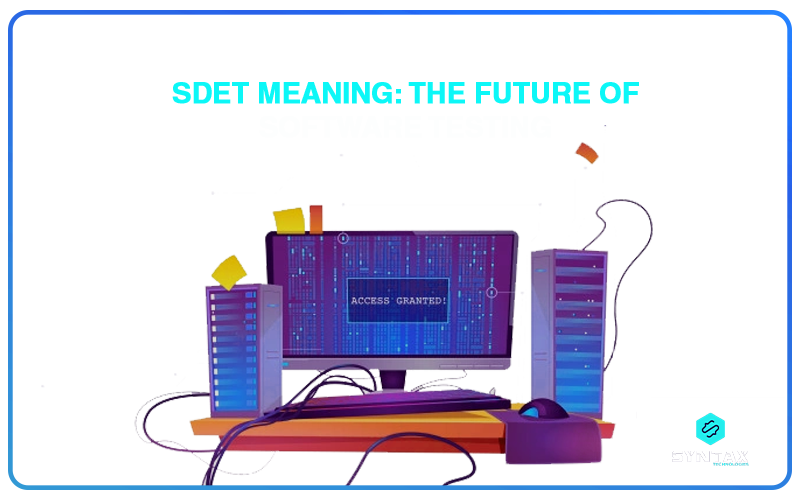