One of the defining aspects of the tech industry is that it is characterized by continuous change and innovation. This change in the importance of a particular technology has a direct impact on the prospects of individuals who happen to possess expertise vis-a-vis that particular technology.

This means that the tech job market rapidly changes, making room for new job roles on a regular basis. These new job roles are some of the fastest growing tech jobs.

Moreover, if you happen to be an aspiring IT candidate, it is important to be aware of what is in demand right now. Besides seeking to sharpen your technical knowledge, you can perhaps focus on some of the most lucrative, in demand and fastest growing jobs in tech.

In this blog, we shall look at the top 7 fastest growing tech jobs 2023. As we have set our foot in 2023, let us look at some of the technology jobs which would continue to remain in high demand and dominate the tech terrain in the coming year.

We shall look at the roles and responsibilities of these job positions, their future growth potential as well as seek to understand the reason behind them being one of the fastest growing tech jobs in the USA.

The position of Data Scientists is considered to be one of the fastest growing tech jobs and this claim is backed by data from the past as well as from the predictions made for the future.

Moving to the future, as per the report by the Bureau of Labor Statistics (BLS), the future growth of the field of Data Science and the profession of a Data Scientist is expected to be at 22% through 2030. This implies that it should definitely be counted as one of the fastest growing tech jobs 2023 that one should aspire for.

So what does a Data Scientist do?

Data Scientists are proficient in data handling through cleaning, exploring and analysing it. They collect data and responsible for identifying trends and patterns in their analysis and consequently build models for the business as well as suggest relevant recommendations for the future which help in shaping business strategies.

With advancements in the field of Machine Learning and Artificial Intelligence, Data Scientists have come to increasingly make use of ML for analyzing business decisions.

Terms like Cryptocurrency, Blockchain Technology, Non-Fungible Token (NFTs), did emerge as raging buzzwords through 2021, whose projected future growth was deemed to be undeniably high.

Transactions involving Cryptocurencies or NFTs are facilitated through the Blockchain technology. Moreover, they involve huge sums of money and as such ensuring robust security systems in place, is a must for safeguarding the financial assets of individuals across the globe.

Moreover, the increasing relevance of Internet of Things (IoT) has been responsible for pushing the job role of a Blockchain Engineer to the status of being one of the fastest growing jobs in tech.

In this section, we shall talk about specialists in two of the highly fast evolving tech fields: Machine Learning and Artificial Intelligence. These individuals are primarily responsible for developing programs and machines which help in imitating human action by seeking to understand how the human mind works.

In fact, data reveals that the Artificial Intelligence market size is contemplating an expansion of USD 4781 million at a CAGR of 48.4%. Clearly, it is one of the fastest growing tech jobs 2023 which would remain in high demand.

Developing complex algorithms which help in providing machines the ability to think as humans is the core area of concern for these individuals. AI in itself is composed of Learning, Perception, Reasoning and Problem Solving.

AI engineers help in implanting the AI model within the business organisation, in automating infrastructure for the Data Scientists and in transforming Machine Learning models into an API which would facilitate interaction with other applications.

The spending of companies on public cloud services has soared tremendously over the years, which implies that cloud computing jobs happen to be one of the brightest tech career avenues.

Owing to the same, there has been a steep surge in demand for professionals who are proficient in overseeing the cloud computing stratifies of an organisation like Cloud Architect, Cloud Engineer and so on.

Herein comes the role of Cloud Architects and the their valued demand makes this job role one of the fastest growing jobs in tech. Cloud Architects have to fulfil a number of responsibilities in their professional capacity, right from planning cloud adoption to designing cloud application through overseeing and controlling cloud.

These professionals are well acquainted with the needs of the organisation and use their expertise in suggesting the best possible cloud solutions (private, public or hybrid) to the top executives. They are responsible for designing the cloud strategy for the company, which is at once, flexible and scalable.

Information Security Analysts or Engineers are responsible for protecting and safeguarding processed data which is in the form of information by instituting reliable security systems.

They guarantee protection to information systems and computer systems in order to prevent it from being exposed to disclosure, modification, disruption, destruction and unauthorised access or other form of data breaches.

Given the rising frequency and magnitude of threats and attacks directed towards the virtual or the cyber space; the demand for Security professionals have increased by leaps and bounds.

Information Security Analysts or Engineers have even a far greater scope of responsibilities than a Cyber Security Analyst as the former happens to deal with all sorts of computer related crime, ensuring the sanctity of the entire security landscape; while the latter deals with only cyber related crimes and ensures the sanctity of the cyber realm.

It is no wonder therefore that the position of an Information Security Analyst/Engineer has evolved and is going to be one of the fastest growing tech jobs 2023.

As per the findings by the United States Bureau of Labor Statistics, it is estimated that there will be approximately 8.53 million open job positions for Full Stack Developers by 2024. This clearly implies that it is one of the fastest growing tech jobs with immense potential for the future.

A Full Stack Developer can be seen as an all-rounder who happens to be proficient in front-end as well as back-end programming. Simultaneously, they also remain involved in each and every phase of the development, right from planning through the final product.

Since web development entails the efforts of both a front-end as well as a back-end developer; full stack developer skills happen to cover competencies of developing server as well as client software.

Frictions between the Development and the Operations team has been a difficult issue to resolve for organisations for a long time. This was sought to be resolved in the DevOps model which tried to bring the two departments together.

One of the professional who happens to play a key role in this setup, is the DevOps Engineer who has overlapping responsibilities vis-a-vis both the departments.

The dynamism which characterizes the tech industry, is one of the prime reasons for accounting for overwhelming importance of certain job roles in response to the latest innovations in technology. Moreover, since this technology itself remains in a state of flux, these job roles too keep growing.

This blog provides an extremely precise list of job roles which are some of the fastest growing tech jobs. However, the list is by no means exhaustive.

Diverse tech fields, ranging from Cyber Security, to Data Analytics, to Software Testing, to Web Development, to Machine Learning, to Software Development, through Business Intelligence, have all come to dominate the tech landscape and as such, abound in some of the fastest growing jobs in tech.

The tech industry is definitely one of the most lucrative sectors in terms of holding immense career prospects. Seeking to initiate one’s journey in the tech field is surely a wise choice. Certain avenues can help you in not only becoming tech ready, but also does so at your convenience and in a matter of months.

Syntax Technologies, is one such top notched bootcamp which help you realise your tech dream in the surest way possible. Read more about our exclusive tech courses on Data Analytics and Business Intelligence, Cyber Security and SDET. 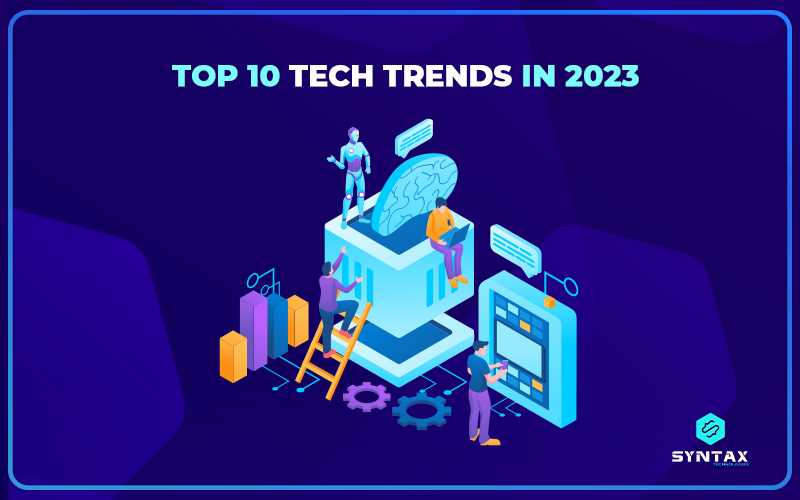 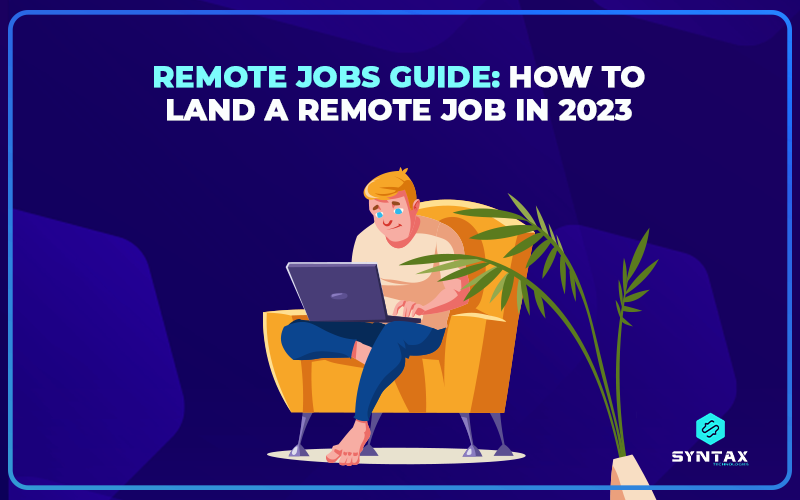 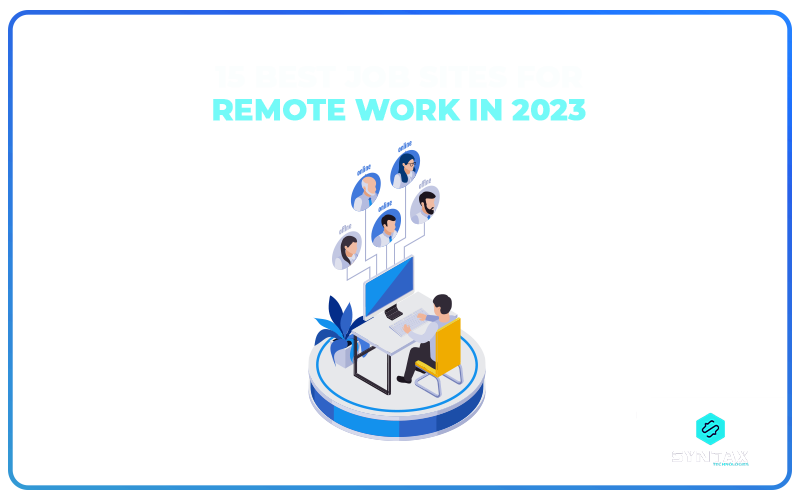 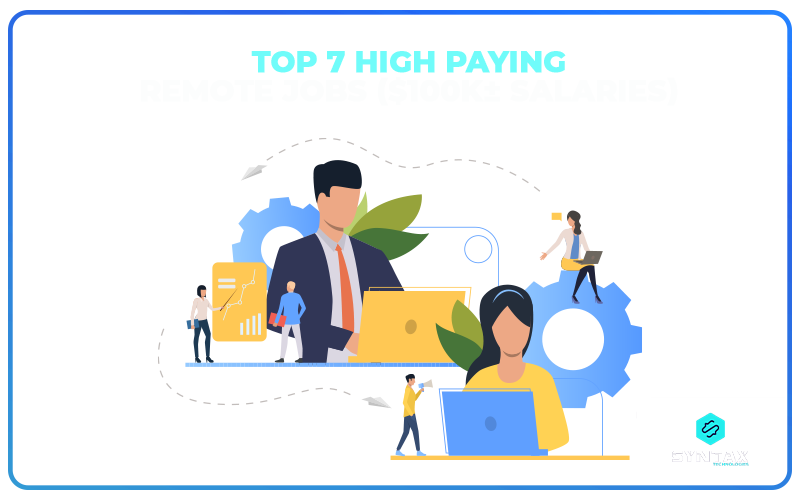